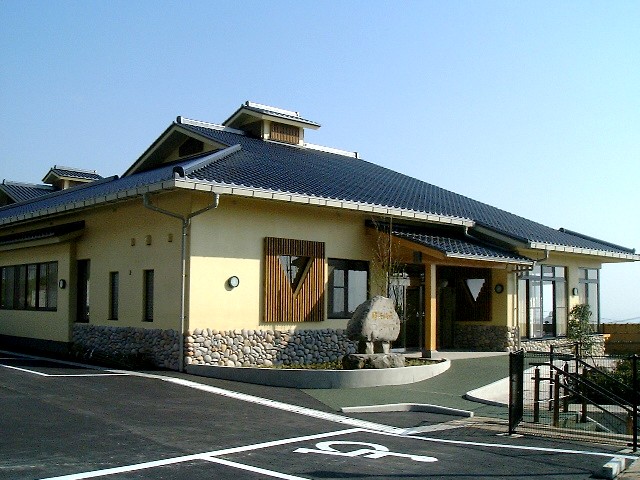 From the Edo period since, it has been flourished as a hot spring resort as well as a traffic point for Yufuin and Hita. The new building was opened in April 2003 in Horita Onsen Village, the west entrance of Beppu, with an open-air bath made of rocks and beautifully planted where you can enjoy the seasonal changes coupled with indoor baths. Also there is a lounge to relax after bathing.
It is considered for senior citizens by setting handrails along a bathtub, in a dressing room, and especially by placing the first toilet for Ostomate among all the municipal baths.